About the ACM Prize in Computing

The ACM Prize in Computing recognizes an early to mid-career fundamental innovative contribution in computing that, through its depth, impact and broad implications, exemplifies the greatest achievements in the discipline. The award carries a prize of $250,000. Financial support is provided by an endowment from Infosys Ltd.

The ACM Prize in Computing was previously known as the ACM-Infosys Foundation Award in the Computing Sciences from 2007 through 2015.

ACM named Dina Katabi of the Massachusetts Institute of Technology’s Computer Science and Artificial Intelligence Laboratory (MIT CSAIL) the recipient of the 2017 ACM Prize in Computing for creative contributions to wireless systems. Recognized as one of the most innovative researchers in the field of networking, Katabi applies methods from communication theory, signal processing and machine learning to solve problems in wireless networking. Among her contributions, she is cited for co-authoring several highly influential papers on overcoming interference in wireless networks to improve the flow of data traffic.  And in inventing a device that seems to be lifted out of the pages of science fiction, she and her team pioneered the use of wireless signals in applications that can sense humans behind walls, determine their movements and even surmise their emotional states. These trailblazing human-sensing technologies hold out promise for use in several applications of daily life including helping the house-bound elderly, and perhaps determining survivors within buildings during search and rescue operations.

The ACM Prize in Computing recognizes early-to-mid-career contributions that have fundamental impact and broad implications. The award carries a prize of $250,000. Financial support is provided by an endowment from Infosys Ltd.

“Innovations which help facilitate communications across mobile networks certainly address an important need,” explained ACM President Vicki L. Hanson. “One recent report estimated that worldwide mobile data traffic grew 18-fold between 2011 and 2016. Dina Katabi’s work has contributed to a seamless increase in traffic, as well as the ever-increasing volumes of data that are shared over mobile systems. The official citation for the ACM Prize in Computing cites Katabi’s creative contributions because she is known for reimagining longstanding challenges in original ways.”

“Infosys is proud to support the ACM Prize in Computing, which this year honors Dina Katabi for her groundbreaking achievements in mobile systems,” said Salil S. Parekh, CEO of Infosys. “By 2020, experts predict that there will be 11.6 billion mobile-connected devices in the world. Our use of these devices, and the underlying networks that they rely upon, will play an increasingly important role in every aspect of life—from the way we communicate with friends and family, to our jobs, to the health of the world economy. By recognizing Katabi’s contributions, we educate the public about the technologies they use every day but may take for granted. Hopefully, we might also inspire the next generation to work in this exciting and very impactful area of computing science and practice.”

Wireless Network Coding
Wired networks simply route (or forward) signals from one point to another, and early wireless networks were based on this blueprint. Wireless networks, however, are fundamentally different from wired networks and at times face challenges including inadequate mobile support, dead spots, and low throughput—or the amount of data that can be moved from one point to another in a given time. As wireless technology developed, many proposed a new unifying design paradigm called network coding in which each node in a network would perform some computation. At each node, the transmission could be mixed (encoded), or re-mixed (re-encoded), in order to be unmixed (decoded) at its final destination. Katabi was a leader in presenting ideas to make the theory of network coding practical as a way to improve network performance. The papers in which she introduced concrete methods to make network coding practical received awards at major conferences and remain staples of the reading lists in wireless classes.

Interference Mitigation
Following up on her work in network coding, Katabi and her collaborators have written several research papers on the fundamental problem of interference in wireless networks, which occurs when multiple nodes transmit concurrently. In these papers, she modeled how wireless signals mix in the air as code, and then outlined algorithms that allow the receiver to decode these interference-based codes. Katabi’s methods were not only shown to overcome interference in wireless transmissions, but in some instances can be exploited to increase the amount of data that can move over the network.

Sensing and Wireless Signals
At ACM SIGCOMM 2013, Katabi presented a highly influential paper, “See through Walls with Wi-Fi!” She demonstrated how Wi-Fi-based devices and their variants can be used to detect people behind walls, their movements, and even their emotional states. The device works by transmitting wireless radio signals that traverse a wall and reflect off a person’s body back to the device. While the data that comes back from these reflections is very minimal, Katabi and her team developed a series of algorithms that separate the meaningful signals from the random noise produced by the walls and other reflections. The technology can identify a person’s silhouette and detect gestures as subtle as the rise and fall of a person’s chest from the other side of a house. Her lab has recently advanced the technology to remotely monitor a person’s heart rate and other vital signs, to infer, among other indicators, their emotional states. The work has generated a huge amount of interest and was one of the invited demonstrations at President Obama’s White House Demo Day.

Background
A native of Damascus, Syria, Dina Katabi is the Andrew and Erna Viterbi Professor of Computer Science and Director of the Center for Wireless Networks and Mobile Computing at the Massachusetts Institute of Technology (MIT). She received a PhD and MS in Computer Science from MIT, and a BS in Electrical Engineering from Damascus University, Syria.

Katabi is the author or co-author of over 100 scholarly publications covering a wide range of topics in networks and data communications. Her papers have been cited more than 20,000 times by researchers. She has been recognized with several honors including a MacArthur Fellowship, the ACM Grace Murray Hopper Award, several ACM SIGCOMM Best Paper Awards, an ACM SIGCOMM Test of Time Award and a National Science Foundation Career Award. Katabi is an ACM Fellow and was elected to the National Academy of Engineering.

ACM will present the 2017 ACM Prize in Computing at its annual Awards Banquet on June 23, 2018 in San Francisco, California.

ACM has named Dina Katabi of the Massachusetts Institute of Technology’s Computer Science and Artificial Intelligence Laboratory (MIT CSAIL) the recipient of the 2017 ACM Prize in Computing for creative contributions to wireless systems. She and her team pioneered the use of wireless signals in applications that can sense humans behind walls, determine their movements and even surmise their emotional states. These trailblazing human-sensing technologies hold out promise for use in several applications of daily life. 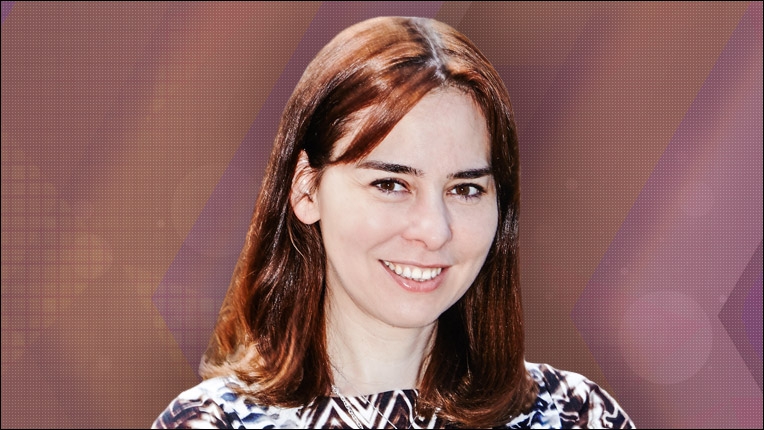