Endowed in memory of George Michael, one of the founding fathers of the SC Conference series, the ACM IEEE-CS George Michael Memorial Fellowships honor exceptional PhD students throughout the world whose research focus areas are in high performance computing, networking, storage, and large-scale data analysis. ACM, the IEEE Computer Society, and the SC Conference support this award.

Fellowship winners are selected each year based on overall potential for research excellence, the degree to which technical interests align with those of the HPC community, academic progress to date, recommendations by their advisor and others, and a demonstration of current and anticipated use of HPC resources. The Fellowship includes a $5,000 honorarium, plus travel and registration to receive the award at the annual SC conference.

Linda Gesenhues (Federal University of Rio de Janeiro) and Markus Höhnerbach (RWTH Aachen University) are the recipients of the 2018 ACM-IEEE CS George Michael Memorial HPC Fellowships. Gesenhues is being recognized for her work on finite element simulation of turbidity currents with an emphasis on non-Newtonian fluids. Höhnerbach is being recognized for his work on portable optimizations of complex molecular dynamics codes. The Fellowships are jointly presented by ACM and the IEEE Computer Society.

Gesenhues’ work on turbidity currents may be a useful tool for scientists studying underwater volcanoes, earthquakes or other geological phenomena occurring on the sea floor. Fluids, including water, become turbid when the concentration of particles, such as sediment, rises to a particular threshold. Because of their density, turbid fluids move differently than non-turbid fluids—frequently cascading downward as they are impacted by gravity. The presence of turbid currents can indicate that mud and sand have been loosened from collapsing slopes, earthquakes, or other phenomena. For these reasons, scientists regularly place turbidity sensors on the sea floor to monitor geologic activity.

Thus far, Gesenhues has developed a “solver” (a numerical model) for a 2D simulation of turbidity currents that has been implemented, established and verified. Recently, she augmented her 2D solver to a 3D model. Here, first tests on small 3D benchmark applications were made, including a column collapse.

Markus Höhnerbach’s research focuses on creating simulations for many-body potentials in molecular dynamics (MD) simulations. MD simulations are an indispensable research tool in computational chemistry, biology and materials science. In an MD simulation, individual atoms are moved time-step by time-step according to the forces derived from so-called potential, which is the mathematical law that governs the interactions between atoms. The general idea of Höhnerbach’s PhD project is to develop methods and tools to make the implementation of MD simulations simple and correct by design while generating fast code for a multiple of platforms. For example, in his paper, “The Vectorization of the Tersoff Multi-Body Potential: An Exercise in Performance Portability,” he demonstrated the performance of a type of MD simulations in a wide variety of platforms and processors.

Recently, Höhnerbach has been working with MD simulations for the adaptive intermolecular reactive bond order (AIREBO) potential, which is frequently used to study carbon nanotubes. Many believe carbon nanotubes hold great potential for the future of computer architecture. Höhnerbach wrote a code for the AIREBO potential that has achieved 3x to 4x speedups when performing realistic large-scale runs on current supercomputers.

The ACM-IEEE CS George Michael Memorial HPC Fellowship is endowed in memory of George Michael, one of the founding fathers of the SC Conference series. The fellowship honors exceptional PhD students throughout the world whose research focus is on high performance computing applications, networking, storage or large-scale data analytics using the most powerful computers that are currently available. The Fellowship includes a $5,000 honorarium and travel expenses to attend SC18 in Dallas, Texas, November 11-16, 2018, where the Fellowships will be formally presented.

Linda Gesenhues of the Federal University of Rio de Janeiro and Markus Höhnerbach of RWTH Aachen University have been named recipients of the 2018 ACM-IEEE-CS George Michael Memorial HPC Fellowships. The Fellowships will be formally presented at SC18 in November. 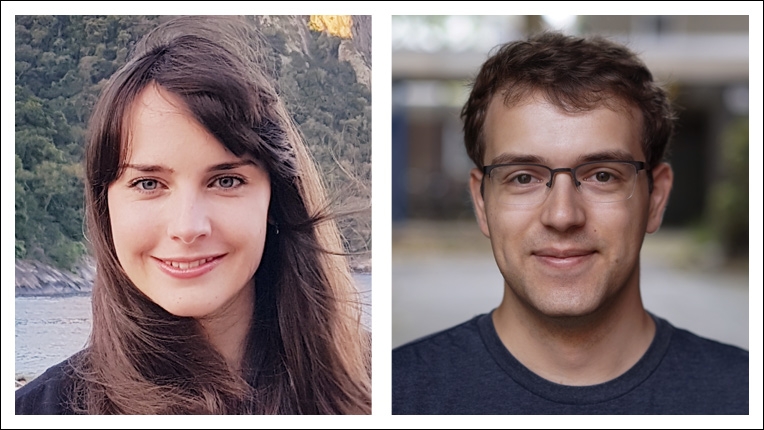