ACM recognizes excellence through its eminent series of awards for outstanding technical and professional achievements and contributions in computer science and information technology.

The 2014 ACM - IEEE CS Eckert-Mauchly Award goes to Trevor Mudge of the University of Michigan for contributions to low-power computer architecture for high-performance microprocessors.  Mudge’s inventive approaches have led to new technologies that reduce energy consumption of microprocessors while maintaining acceptable performance in an era of exponential growth in embedded processors and system-on-chip designs.   His contributions greatly influenced both the research literature and the actual products made possible by his research.  The Eckert-Mauchly Award is known as the computer architecture community’s most prestigious award.   Mudge will receive the 2014 Eckert-Mauchly Award,  at the International Symposium on Computer Architecture, 16 June 2014, in Minneapolis, MN, USA.

Sanjam Garg won the 2013 ACM Doctoral Dissertation Award for developing tools that enable the first secure solution to the problem of making computer program code “unintelligible” while preserving its functionality.  This problem, known as software obfuscation, conceals the program’s purpose or its logic in order to prevent tampering, deter reverse engineering, or as a challenge to readers of the source code. His approach makes it impossible to reverse-engineer the obfuscated software without solving mathematical problems that could take hundreds of years to work out on today’s computers.

Garg, a Josef Raviv Memorial Postdoctoral Fellow at IBM T.J. Watson Research Center, completed his dissertation at the University of California, Los Angeles, which nominated him.  A graduate of the Indian Institute of Technology, Delhi, he will receive the Doctoral Dissertation Award and its $20,000 prize at the annual ACM Awards Banquet on June 21, in San Francisco.  Financial sponsorship of the award is provided by Google Inc.

In his dissertation “Candidate Multilinear Maps,” Garg described new mathematical tools that serve as key ingredients for transforming a program into a “jigsaw puzzle” of encrypted pieces.  Corresponding to each input is a unique set of puzzle pieces that, when assembled, reveal the output of the program.  Security of the obfuscated program hinges on the fact that illegitimate combinations of the puzzle pieces do not reveal anything.

Honorable Mention for the 2013 ACM Doctoral Dissertation Award went to Grey Ballard of Sandia National Laboratories and Shayan Oveis Gharan of the University of California, Berkeley.  They will share a $10,000 prize, with financial sponsorship provided by Google Inc.

ACM recognized the achievements of leaders from international academic and community organizations who helped build the infrastructure of computer science as a critical discipline in the digital era. As innovators, overseers and educators in their respective positions and institutions, they made possible the dramatic progress that has enabled computer science to contribute to science and society and change the course of history.

The honorees will be recognized with ACM Awards for leadership and service, to be presented at the ACM Awards Banquet on June 21 in San Francisco.

ACM has announced the winners of four prestigious awards for their innovations in computing technology. These innovators have made significant contributions that enable computer science to solve real-world challenges. The awards reflect achievements in computer vision, multiprocessor programming, computer science educational software, and certified software. The 2013 ACM award winners include computer scientists, educators, and entrepreneurs.

ACM will present the 2013 Awards at its annual Awards Banquet on June 21 in San Francisco, CA. 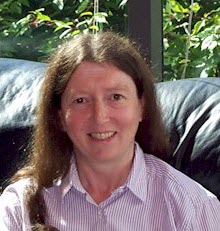 ACM-W named Susan T. Dumais of Microsoft Research as the 2014-2015 Athena Lecturer. Dumais introduced novel algorithms and interfaces for interactive retrieval that have made it easier for people to find, use and make sense of information. Her research, at the intersection of human-computer interaction and information retrieval, has broad applications for understanding and improving searching and browsing from the Internet to the desktop. The Athena Lecturer award celebrates women researchers who have made fundamental contributions to computer science. It includes a $10,000 honorarium provided by Google Inc.

“Dumais has helped us understand that the search is not the end goal,” said Mary Jane Irwin, who heads the ACM-W awards committee.  “Her focus is on understanding when and why people search, and presenting results in context to help integrate those results into the larger search process.  Her sustained contributions have shaped the thinking and direction of human-computer interaction and information retrieval, and influenced generations of student interns through collaborative projects with academic and industry partners. 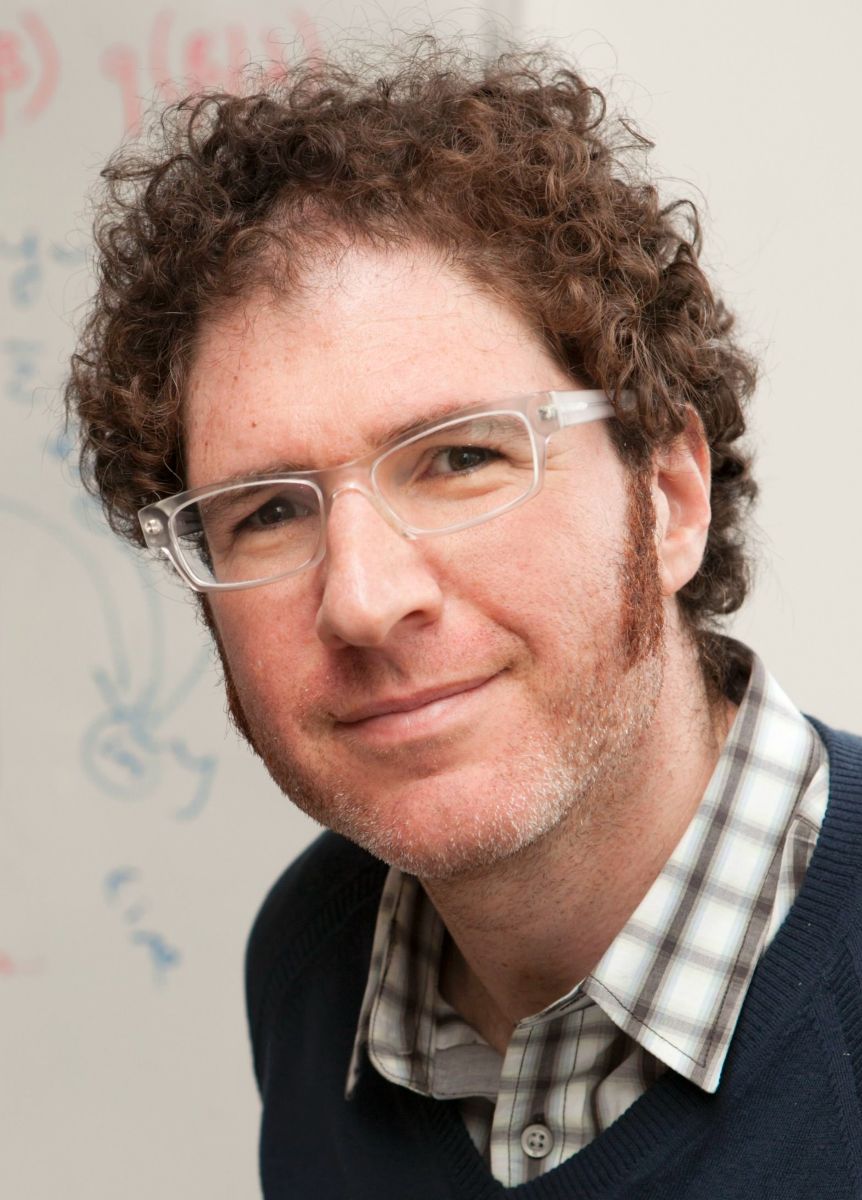 David Blei is the recipient of the 2013 ACM-Infosys Foundation Award in the Computing Sciences. He initiated an approach to analyzing large collections of data using innovative statistical methods, known as "topic modeling," that make it possible to organize and summarize digital archives at a scale that would be impossible by human annotation.  His work is scalable to collections of billions of documents and has inspired new research programs across multiple disciplines, with applications for email archives, natural language processing, information retrieval, computational biology, social networks, and robotics as well as computational social sciences and digital humanities.

ACM President Vint Cerf said that Blei’s contributions provided a basic framework for an entire generation of researchers to develop statistical modeling approaches. "His topic modeling algorithms go beyond the search and links approach to information retrieval. In an era of explosive data on the Internet, he saw the advantage of discovering the latent themes that underlie documents, and identifying how each document exhibits these themes. In fact, he changed the way machine learning researchers think about modeling text and other objects in the digital realm." 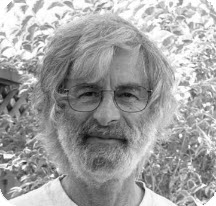 Leslie Lamport, a Principal Researcher at Microsoft Research, has been named as the recipient of the 2013 ACM A.M. Turing Award for imposing clear, well-defined coherence on the seemingly chaotic behavior of distributed computing systems, in which several autonomous computers communicate with each other by passing messages. He devised important algorithms and developed formal modeling and verification protocols that improve the quality of real distributed systems. These contributions have resulted in improved correctness, performance, and reliability of computer systems.

View a video by Microsoft Research on Leslie Lamport's work and read his 1978 paper, "Time, Clocks, and the Ordering of Events in a Distributed System,"

one of the most cited in the history of computer science.

ACM will present the 2013 A.M. Turing Award at its annual Awards Banquet on June 21 in San Francisco, CA.

ACM has named 50 of its members as ACM Fellows in recognition of their contributions to computing that are driving innovations across multiple domains and disciplines.  The 2013 ACM Fellows, from the world’s leading universities, corporations, and research labs, have achieved advances in computing research and development that are accelerating the digital revolution and impacting every dimension of how we live, work, and play, worldwide.   “We recognize these scientists and engineers, creators and builders, theorists and practitioners who are making a difference in our lives,” said ACM President Vinton G. Cerf.  “They’re enabling us to listen, learn, calculate, and communicate in ways that underscore the benefits of the digital age.  Their advances have led to opportunities for improved healthcare, enhanced security, expanded interactions, and enriched lifestyles.  Some recipients have also led efforts to extend computing across continents and countries including Brazil, China, and Germany.”

ACM will present the 2013 ACM Fellows at its annual Awards Banquet on June 21 in San Francisco, CA.

Scientists from Switzerland, Germany and the U.S have set a new supercomputing simulation record in fluid dynamics by reaching 14.4 Petaflops of sustained performance to win the 2013 ACM Gordon Bell Prize. The simulation, which represents a 150-fold improvement over current state-of-the-art performance levels for this type of application, has potential utility for improving the design of high pressure fuel injectors and propellers, shattering kidney stones, and therapeutic approaches for cancer treatment. The research was conducted by scientists at ETH Zurich and IBM Research, in collaboration with the Technical University of Munich and the Lawrence Livermore National Laboratory (LLNL). The results were presented by the team at SC13 in Denver, where the winner of the ACM Gordon Bell Prize was announced on November 21, 2013.
See the 2013 ACM Gordon Bell Prize recipients.

ACM has named 40 Distinguished Members for their individual contributions, and their singular impacts on the vital field of computing.  Their achievements have advanced the science, engineering, and education of computing, and highlight the widening role that computing plays in a range of disciplines and domains around the globe. The 2013 Distinguished Members hail from universities in Denmark, Japan, Israel, Italy, China, and the United Kingdom in addition to North America, and from leading international corporations and research institutions.
ACM President Vinton G. Cerf described the recipients as “the problem solvers, prophets, and producers who are powering the future of the digital age.”  He noted that these ACM members “are the driving force for enabling the computing community to change how we live and work. They demonstrate the advantages of ACM membership, which empowers self-improvement and inspires a bold vision for their own careers as well as their impact on the future.”
See all of the 2013 Distinguished Members.

Jonathan Lifflander is a fifth-year PhD candidate in Computer Science at the University of Illinois, advised by Laxmikant V. Kale. He researches scalable parallel algorithms in the context of dynamic behavior that lead to highly unstructured mappings.

Edgar Solomonik is a PhD candidate working on parallel numerical algorithms at University of California, Berkeley. Together with his advisor, Prof. James Demmel,he works on developing algorithms that avoid communication traffic and scale on high-performance parallel computers.

Read more about the award. 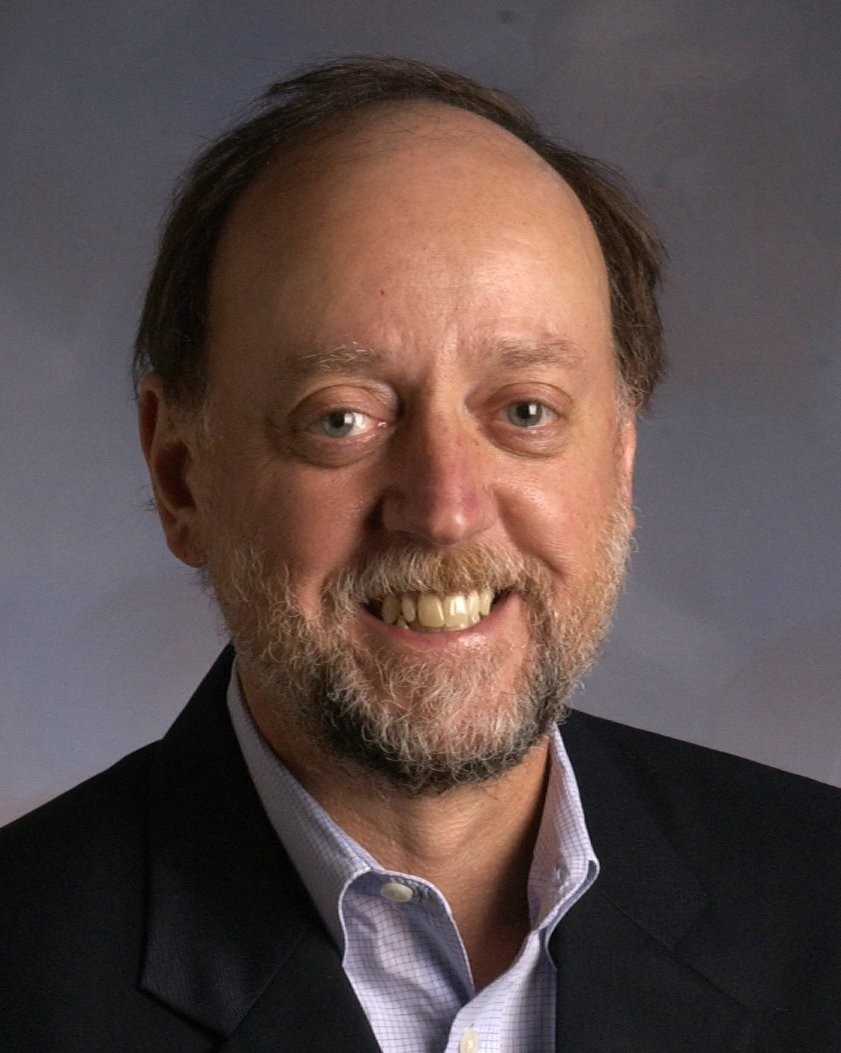 Jack Dongarra of the University of Tennessee is the recipient of the ACM-IEEE Computer Society Ken Kennedy Award for his leadership in designing and promoting standards for mathematical software used to solve numerical problems common to high performance computing (HPC).  His work has led to the development of major software libraries of algorithms and methods that boost performance and portability in HPC environments, which rely on supercomputers and parallel processing techniques for solving complex computational problems.  Dongarra, the Distinguished University Professor at the University of Tennessee, is the founder and director of the Innovative Computing Laboratory at the University, and holds positions at Oak Ridge National Laboratory and the University of Manchester.