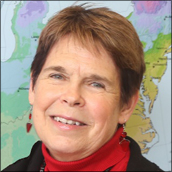 Pancake is a Fellow of ACM and IEEE. She started her career as an ethnographer conducting fieldwork in Guatemalan communities, where she applied cross-cultural techniques to study social change. After earning a PhD in Computer Engineering, Pancake was among the first worldwide to apply ethnographic techniques to identify software usability problems—now a mainstream approach—and conducted much of the seminal work identifying how the needs of scientists differ from computer science and business users. More recently, she has been developing processes and software tools to make remote collaboration and data sharing fit naturally into normal patterns of scientific research and practice.

A member of ACM since 1982, she has served the association in a wide variety of roles, most recently as Vice President. She has been Awards Co-chair, an elected member of the ACM Council and an area editor for Communications of the ACM. She also chaired the Fellows and Gordon Bell Prize committees, and has held leadership roles in the SC supercomputing conference since 1990.

Pancake led efforts to create a new SIG focusing on High Performance Computing—formalized in 2012 as SIGHPC—and has served as Chair since its inception. In 2015, she obtained a $1.5M endowment from Intel to establish the SIGHPC/Intel Computational & Data Science Fellowships. 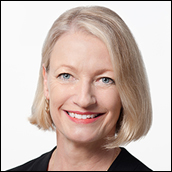 Elizabeth Churchill is a Director of User Experience at Google. Her field of study is Human-Computer Interaction, and her current focus is on the design and development of connected devices and of developer tools for device ecosystems.

Churchill has built research groups and led research in a number of well-known companies, including as Director of Human-Computer Interaction at eBay Research Labs in San Jose, as a Principal Research Scientist and Research Manager at Yahoo! in Santa Clara, and as a Senior Scientist at Xerox PARC and before that at FXPAL, Fuji Xerox’s Research lab in Silicon Valley.

Churchill most recently served as ACM Secretary/Treasurer and has served on the Executive Committee of the ACM's Special Interest Group on Computer-Human Interaction (SIGCHI) for eight years, six of those years as Executive Vice President. She has also held committee positions on a number of ACM SIGCHI associated conferences. A Distinguished Scientist and Distinguished Speaker of ACM and a member of the CHI Academy, Churchill has worked in a number of research areas and has been successful at publishing, prototyping, and patenting. 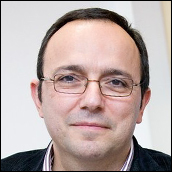 Yannis Ionnidis is the President and General Director of the “Athena” Research and Innovation Center in Athens, Greece and a Professor of Informatics and Telecom at the University of Athens.

Ionnidis earned his PhD in Computer Sciences from the University of California, Berkeley, an MSc in Applied Mathematics from Harvard University, and a Diploma in Electrical Engineering from the National Technical University of Athens.

Ioannidis was named an ACM Fellow for contributions to database systems, particularly query optimization. An ACM member since 1983, he currently serves on the ACM Europe Council, the SIG Governing Board Executive Committee and the ACM Publications Board.

Ioannidis is the Greek delegate to the European Strategy Forum on Research Infrastructures (ESFRI) and a member of its Executive Board. He is also a member of the steering committee of the IEEE International Conference on Data Engineering, and has served on several other professional boards and committees, including the IEEE Technical Committee on Data Engineering and the VLDB Endowment Board of Trustees.

His expertise is in experimental computer science, including software engineering, distributed systems, networking, and databases. He is known for seminal contributions to software architecture, software deployment, automated process discovery (the seed of the business intelligence field), distributed publish/subscribe communication, and content-based networking.

Wolf is a Fellow of ACM and IEEE, a Chartered Fellow of the British Computer Society, and holder of a UK Royal Society Wolfson Research Merit Award. He is a recipient of two ACM SIGSOFT Research Impact Awards, and of both the ACM SIGSOFT Outstanding Research Award and Distinguished Service Award.

Wolf holds MS and Ph.D. degrees from the University of Massachusetts at Amherst, and is a recipient of the Computer Science Department’s Outstanding Achievement in Research Alumni Award.